Washington, Sep 29 : The US embassy in Moscow has urged American nationals residing in Russia to depart the country immediately, citing what it claimed to be possibility that Russia could conscript dual nationals for military service. 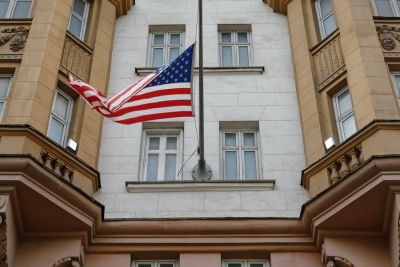 “Russia may refuse to acknowledge dual nationals’ US citizenship, deny their access to US consular assistance, prevent their departure from Russia, and conscript dual nationals for military service,” read an alert posted on the embassy’s website, Xinhua news agency reported.

“US citizens should not travel to Russia and those residing or travelling in Russia should depart Russia immediately while limited commercial travel options remain,” it added.

The advisory came roughly a week after Russia announced a partial mobilization amid the conflict with Ukraine.

US Urges Its Citizens To Leave Russia Immediately

US Urges Its Citizens To Leave Russia Immediately