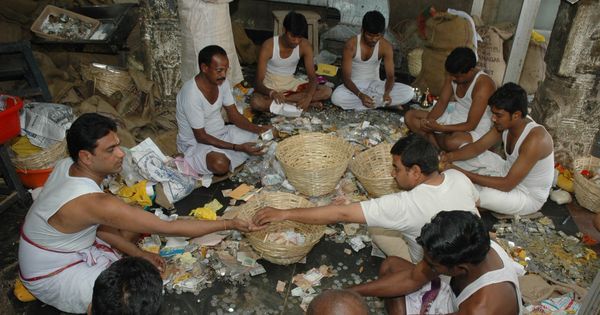 Many people in Andhra Pradesh are still donating demonetised cash as an offering to the Lord Venkateswara.

According to the reports, nearly Rs 50 crore worth demonetised cash recovered from the temple recently.In detail, the TTD officials said an amount of Rs 18 crore was gathered through demonetised Rs 1000 notes, and Rs 31.7 crore received from 6.34 lakh Rs 500 notes.

Citing this, Tirumala Tirupati Devasthanam’s Chairman, Y.V.Subba Reddy has requested Union Finance Minister Nirmala Sitharaman to permit the temple to monetise the money with RBI.Regarding this, the TTD had placed a letter to the Union Finance Ministry and the Reserve Bank of India in 2017 but did not get a nod.

However, the Chairman still thinks his request will be considered soon as the amount can be used to fund for the welfare of 12 temples and their sub-shrines under TTD.Also, he said the temple could not deny the devotees from offering the demonetised notes as it is linked with the belief and religious sentiments.