New Delhi, Oct 8 : The controversial ‘religious conversion’ event where anti-Hindu god slogans were raised have sparked a political fight and now the matter has reached the Delhi Police after the BJP filed a complaint. 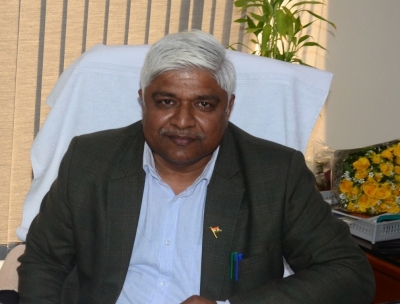 According to information, the programme was held at Ambedkar Bhawan in Central Delhi.

“They released the video of the programme and made it viral.The video was exasperating and mischievous in nature.

These social media posts are created with the obvious motive of inciting violence and promoting hatred,” said the Delhi BJP President in his complaint.

Gupta has alleged that during the anti-NRC protests, same tactics were used to incite violence by Aam Aadmi Party (AAP) leaders.

The complaint said that a ‘sabha’ (rally) was held at Ambedkar Bhawan on October 6.This Sabha was organised by AAP and their concerned leaders where oaths were administered which continuously demeaned various Hindu gods and goddesses and subsequently everyone was asked not to follow Hinduism, considering it to be a bad religion.

“That videos were made of such speech and were subsequently shared on various social media platforms to get maximum reach and propagation so that the religious sentiments of people of the Hindu religion may be attacked and subsequently a state of riot and disturbance be created on a national level,” the complaint added.

The Delhi Police said that they were looking into the matter.