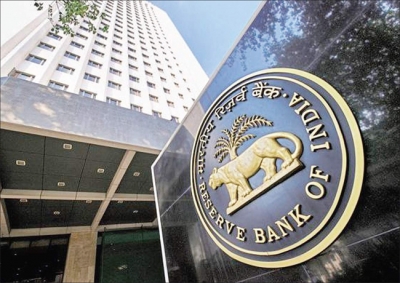 In a report Emkay Global Financial Services said: “Clearly, central bankers globally are confronting the classic ‘trilemma’ of international finance: one cannot have a stable currency, unfettered capital flows, and independent monetary policy all at the same time.”

“In the upcoming credit policy of RBI which is scheduled on Sep 30, 2022, we expect MPC to raise repo rate by another 50bps.We expect rates to increase up till 6-6.25 per cent,” said Sonal Bandan, economist with Bank of Baroda.

In its recent report, Bank of Baroda said significant risks have emerged for growth and inflation forecasts.

“While risks to growth are driven by slowdown in global growth, risks to inflation are more domestic in nature.Deficient/untimely rain is estimated to have impacted output of rice and pulses,” Bandan said.

The other developments that RBI would consider are volatility in the currency and bonds market, Bandan said.

Since the last policy, RBI will be evaluating changes in oil prices, trends in inflation, monsoon and sowing, movement of high frequency indicators and global developments.

In a report, Morgan Stanley has also said the MPC is likely to increase the repo rate by 50bps, to 5.9 per cent, with an unchanged stance.

On inflation, Morgan Stanley said it has been range-bound around the 6-7 per cent mark since January 2022 (barring April 2022).

“We expect inflation to remain sticky around 7.1-7.4 per cent in September as well, driven by increases in food prices as per high frequency food price trend.Thereafter, we expect the trend to moderate but remain above 6 per cent until Jan/Feb-23,” Morgan Stanley’s report noted.

According to the report, the inflation outlook is towards on the upside due to uncertainty around food inflation trajectory (sowing for rice, pulses is lower YoY), changes in global commodity prices and possibility of imported inflation if exchange rate weakens amid dollar strength.

With global commodity prices remaining meaningfully above pre-pandemic levels, it exposes the economy to uncertainty especially on external stability.

The trade deficit remained near all-time highs in July and August and the current account deficit is expected to track near 10-year high of 5 per cent of gross domestic product (GDP).

On the current account deficit, Morgan Stanley expects it to narrow to around 3 per cent of GDP in QE Dec-22.

While exports are moderating, healthy domestic demand will likely provide a partial offset to external slowdown.

“I expect the RBI to hike policy rates by 35-50 basis points to further rein in inflation and in line with global central banks tightening rates.I believe with this hike, we will reach the higher end of the interest rate cycle.Hikes in interest rates beyond this may prove worrisome for long-term borrowers and it may also dampen the consumer demand for the festive season,” Umesh Revankar, Vice Chairman & Managing Director, Shriram Transport Finance Company Limited said.

India seems to be an outlier with strong demand from consumers, high infrastructure activities, and a resurgence in manufacturing, Revankar added.

According to Emkay Global, the RBI is set to deliver another front-loaded 50bps hike this week.

While there are merits in favoor of a 35bps hike (nascent credit cycle, limited fiscal impulse, and better transmission amid tighter liquidity to name a few), the net cost of soft signalling could turn out to be higher than that of an outright front-loaded 50bps hike at this point, Emkay Global said.

Liquidity tightness would lead to faster and better transmission, implying that the RBI may not get too restrictive and the terminal rate could hover near the estimated real rates, i.e., not more than 100bps hikes ahead.

However, the situation globally is still fluid, and macro assessments might require frequent adjustments ahead from a policy perspective, Emkay Global added.