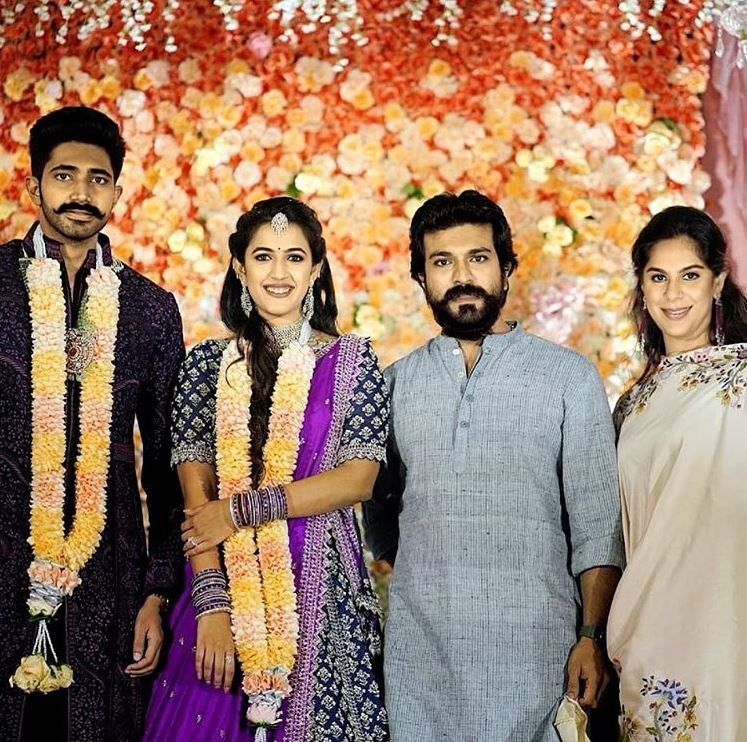 If any star works with SS Rajamouli, he maintains utmost secrecy off the screen.

Mega Power Star Ram Charan is an exception to that list.He is very active on social media platforms with the RRR get-up and even attending every function of his near and dear ones.

A few days back he enthralled his fans in Rana-Miheeka’s wedding and now he looks stunning in Niharika- Chaitanya Jv engagement.

Recently his pics from Niharika’s engagement have released on social media and going viral.

He dazzled everyone with his curvy moustaches and thick beard.Ultimately, he is the centre of attraction though the entire mega family, including Mega Star Chiranjeevi, attended the event.

The engagement took place at Hotel Trident in Hitech City with only close relatives. Chaitanya Jonnalagadda is from Guntur district, and his father is Guntur-range IG Jonnalagadda Prabhakar Rao.

Chaitanya holds a good position in Tech Mahindra.The wedding will probably be held in the coming summer.