Senior acting couple Rajshekhar and Jeevitha’s daughters Shivatmika Rajasekhar who made her debut into Telugu Film Industry through the film ‘Dorasani’, has captured the hearts of the audience with her very first film.Though the film wasn’t commercially successful, Shivatmika was appreciated for her acting as the daughter of a feudal lord who falls in love with a lower caste boy. 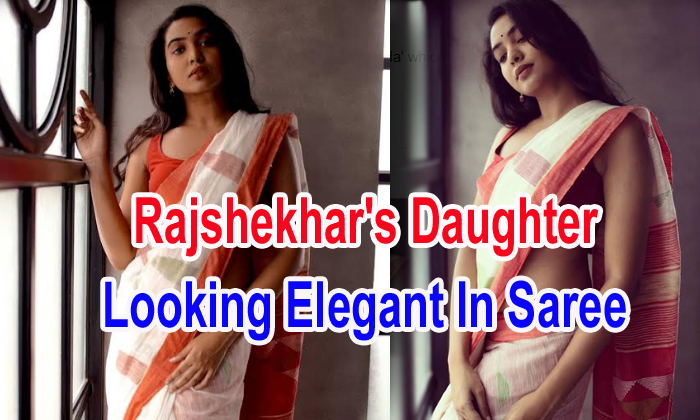 Meanwhile, Shivatmika has been posing occasionally to the camera and has been posting those beautiful pictures through her official Instagram account.Recently she posted a series of photos in a simple white saree and an orange sleeveless blouse where she looked elegant and hot at the same time, showing off her dusky curves through the saree.

Looks like this young beauty knows how to present herself and stun her fans with some killer looks, both in traditional and western wears.On the work front, Shivatmika is currently working under director Krishna Vamsi in ‘Rangamarthanda’ which has Prakash Raj and Ramya Krishna playing lead roles.