The coronavirus pandemic has made everyone to stay at home and all the central and state governments have ordered people to self-quarantine and follow the instructions given by the government.Meanwhile, even celebrities and film stars are also self-quarantining themselves to stay safe from the spread of the virus.While all the stars are working on their fitness by posting fitness videos on their social media accounts and spending some quality time with their families, here are the Deverakonda brothers, Vijay Deverakonda and Anand Deverakonda playing chess in their home.They both seem to be immersed seriously into the game as both of them always hate losing, either in films or in the game. 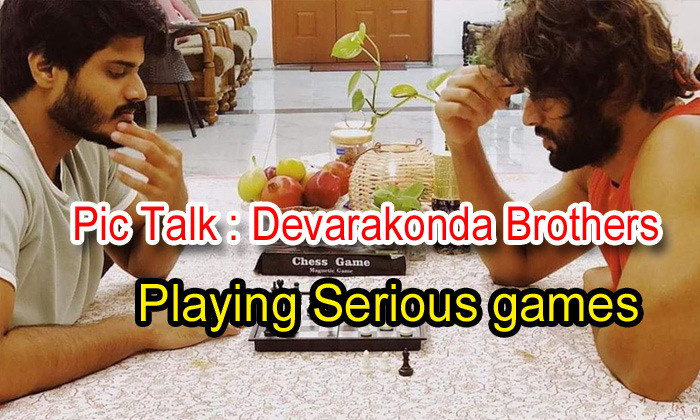 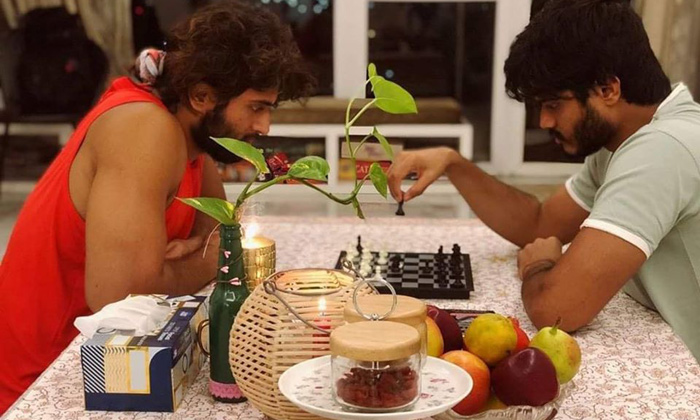 On the other hand, Anand who made his debut last year with the critically acclaimed ‘Dorasaani’, is currently acting in a love drama that is being bankrolled by Venegella Anand Prasad.