Though she made her presence felt in sidekick roles in many movies, it was Television reality show Big Boss (Season-2) which has brought more fame to actress Tejaswi Madivada.Getting stamped as the hottest Telugu girl of the modern times, Tejaswi is still waiting for that one right film to happen which will take her career to the next level. 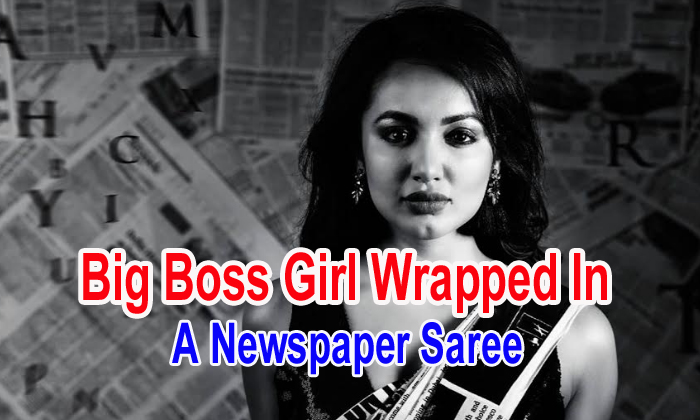 This Telugu girl is also known for her hot posts on Instagram and here we have got the latest pictures of the actress where she is draped in a designer saree and a sleeveless black blouse.The saree is designed in such a way that it looks like a newspaper and she posted these pics in Monochrome on her official Instagram handle.

On the occasion of Women’s Day yesterday, she posted these pictures and captioned them saying- “Maa istam, women’s day edition”.She wore the outfit for an interview with a popular YouTube channel and she off-course looks pretty beautiful in this black and white saree. 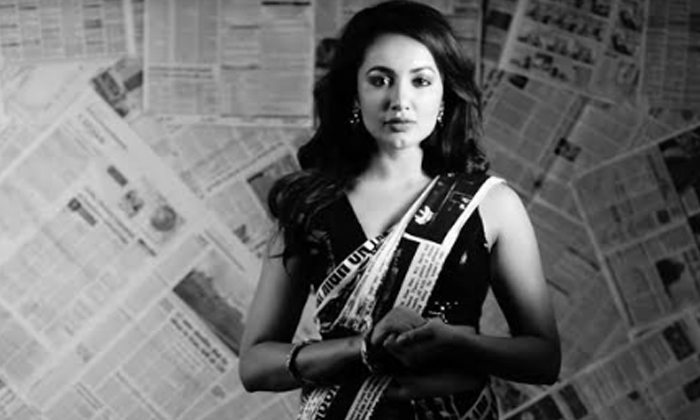 On the work front, Tejaswi is currently doing a film titled ‘Commitment’ under the direction of Lakshmikanth Chenna.The first look of the film has been released recently and is doing rounds on the social platforms for its bold content.