To everybody’s surprise, Vaishnav Tej’s ‘Uppena’ emerged as one of the biggest blockbusters of the year and still holding strong at the wide box-office with steady collections. Krithi Shetty made her debut in Tollywood with this film. 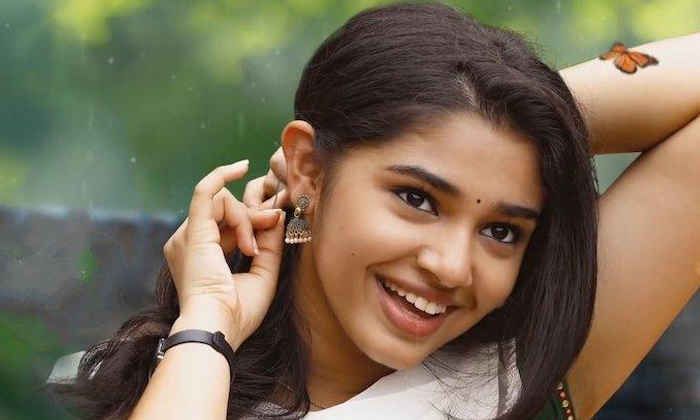 She won appreciation from cine pundits and audience from both Telugu speaking states for her character Bebamma.Many celebrities along with Megastar Chiranjeevi tweeted saying that Krithi Shetty is here to stay for a long period.

Now the latest buzz is that Krithi Shetty hiked her remuneration after the huge success of ‘Uppena’.It is heard that Mythri Movie Makers paid 6 lakhs for her character in ‘Uppena’.

Now, this beauty is charging 60 lakhs for Nani’s ‘Shyam Singha Roy’ which is 10 times higher than her initial remuneration.This trend is quite common in the film industry that a film success will automatically result in increasing the remuneration for the artists and technicians of that film.

She is also in talks to play the female lead in Ram’s upcoming bilingual film with Tamil director Linguswamy and Trivikram Srinivas is considering the name of Krithi Shetty to play the female lead in his directorial venture in which Jr NTR.‘Uppena’ is directed by debutant Buchi Babu Sana while it is produced by Mythri Movie Makers in collaboration with Sukumar Writings.Stay tuned for more updates!