By Sumi KhanDhaka, July 15 : Thirty-eight-year-old Shohana Parveen Tuli, who was found dead at her flat in state capital Dhaka, was finally cremated in Jessore. 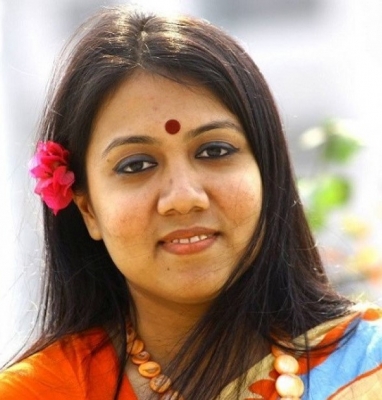 Sohana’s cousin Sumaiya Ruba told IANS that she was buried at the Hunshtala cemetery in Jessore on Thursday evening.

Sohana’s body was recovered from her residence in Sher-e-Bangla Nagar at Dhaka’s Rayer Bazar on Wednesday morning.She studied Mass Communication and Journalism in the Dhaka University.

She hailed from the Batala area in Jashore and had been residing in Hazaribagh area since 2018, Hazaribagh Police Station Officer-in-charge, Moktaruzzaman confirmed to IANS on Thursday evening.

She graduated from the Department of Mass Communication and Journalism of Dhaka University.

She had previously worked at Daily Amader Shomoy and Daily Kaler Kantho newspapers.

She had worked last at Bangla Tribune until 2020.

Sohana was trying to get a job in the media industry for the last two years before becoming an entrepreneur by opening an online shop.

She was a member of Dhaka Union of Journalists and Sub-Editors Council.