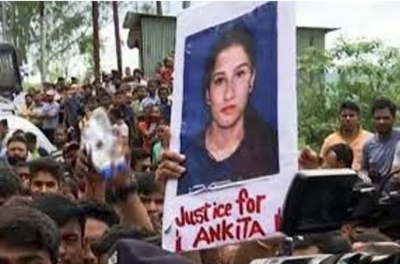 Congress, including all opposition parties, have also supported this bandh.

Senior Superintendent of Police (SSP), Dehradun, Dilip Singh Kunwar has appealed to the residents of the city to maintain peace in the areas.

Uttarakhand Congress Vice-President, Mathura Dutt Joshi and Uttarakhand Congress General secretary, Vijay Saraswat have issued a joint statement saying that the party is continuously appealing the Central and state governments to hand over the investigation of the Ankita murder case to the Central Bureau of Investigation but the government has not paid any heed to their demand.

Various organisations have accused the police and the Uttarakhand government of delaying the investigation into the murder case and shielding the accused.

In order to maintain law and order in Dehradun, the district has been divided into nine super zones, 21 zones and 43 sectors by the SSP so that no untoward incident happens during this bandh.

SSP Kunwar said that strict action will be taken against any individual who indulges in violent activities during the bandh.

The Congress has directed the district and metropolitan party committees to ensure their participation while fully supporting the bandh.